Intrasite may be applied to many... 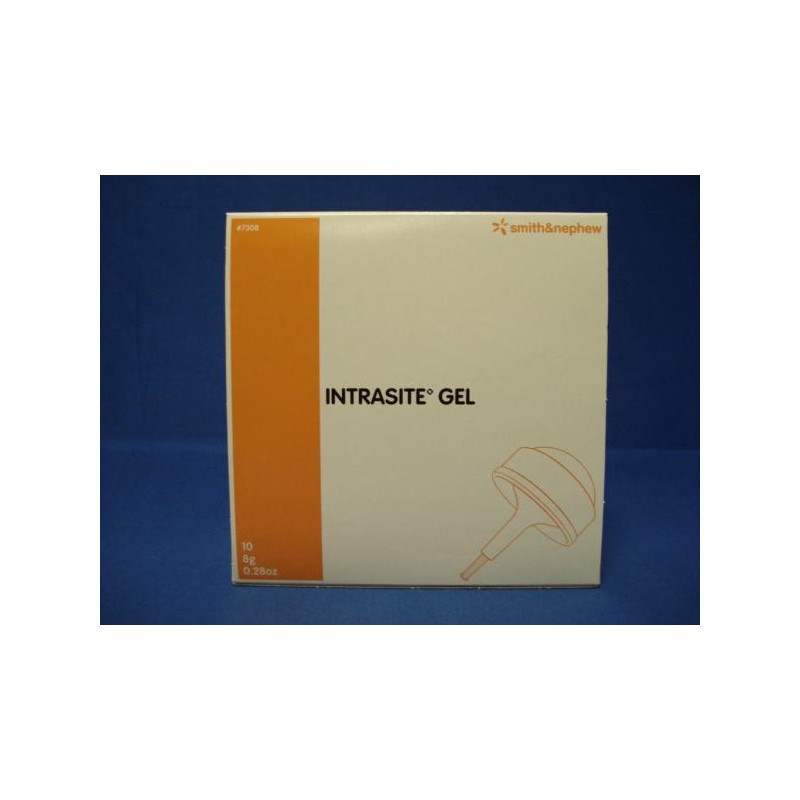 Intrasite may be applied to many different types of wound and is of particular value in the treatment of dry, sloughy, or necrotic wounds, promoting rapid debridement

Intrasite may be applied to many different types of wound, including leg ulcers, pressure sores, surgical wounds and extravasation injuries. Intrasite is of particular value in the treatment of dry, sloughy, or necrotic wounds, promoting rapid debridement by facilitating rehydration and autolysis of dead tissue.

In the management of granulating wounds, Intrasite prevents desiccation, and thus facilitates re-epithelialisation. Intrasite gel can form a useful vehicle for the topical application of antimicrobial agents such as metronidazole. Such preparations may be used, in combination with systemic therapy, for the management of wound odour caused by infection with sensitive organisms.

Intrasite, is a colourless transparent aqueous gel, which contains 2.3% of a modified carboxymethylcellulose (CMC) polymer together with propylene glycol (20%) as a humectant and preservative. When placed in contact with a wound, the dressing absorbs excess exudate and produces a moist environment at the surface of the wound, without causing tissue maceration.

Contra-indications: Although there are no known contra-indications to the use of Intrasite as a topical wound dressing, the material is not ideally suited for application to wounds that are exuding very heavily. Warnings Intrasite contains propylene glycol, which has been reported to be a potential irritant and sensitising agent in a very small number of patients. If a patient should exhibit any signs or symptoms of an adverse reaction to Intrasite, treatment should be discontinued at once. Each container should only be used for a single patient, and any unused gel should be discarded.

Dosage Intrasite should be introduced into the wound to a minimum depth of 5 mm, and covered with a sterile secondary dressing. Any unused dressing should be discarded. The selection of the secondary dressing will be governed by the condition of the wound. If significant quantities of exudate are anticipated, a simple absorbent pad may be used, held in position with tape or a bandage, as appropriate. On lightly exuding wounds, a less permeable secondary dressing may be required, such as a perforated film absorbent dressing (Melolin or Telfa, for example). If the wound is very dry, a more occlusive covering may be used to reduce water vapour loss and to prevent the dressing drying out. A film dressing such as Opsite Flexigrid is suitable for this purpose. In the management of difficult wounds such as the hand or foot, the dressing may be retained on the wound in a suitably shaped plastic bag, forming a simple glove or boot . Intrasite may be introduced into narrow wounds or sinuses using a syringe and quill.

Frequency of Change The interval between dressing changes will depend entirely upon the state of the wound. On heavily exuding or malodorous wounds, daily changes will be required; but on dry wounds, the dressing may be changed on alternate days. It is recommended that the dressing is not left `in-situ` for longer than three days between changes. At the discretion of the medical officer in charge, wounds that show evidence of clinical infection may be dressed with Intrasite, which should be changed daily and systemic antibiotic therapy commenced as appropriate.